New York’s sewer pipe system endures different faces of problems like the city they reside in. Most common sewer pipe problems are root intrusion crushed or disconnected pipes. All of which can be easily repaired, depending on the scale of damage the pipe has undergone. Root intrusion is simply when the roots of trees and plants grow into different points of the sewer pipe, causing a “root-hair clog” which causes small fractures throughout the pipe, weakening the sewer pipe and causing backups and blockage. A crushed sewer pipe is caused from improper backfill which can result in settlement and breaking

END_OF_DOCUMENT_TOKEN_TO_BE_REPLACED 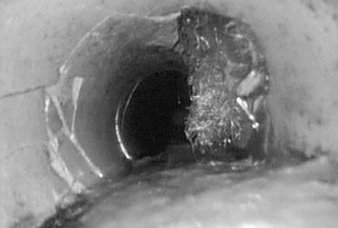 New York Sewer System. New York City’s sewer system, which is an engineering marvel, contains over 6,000 miles of sewer mains and sewer branch lines.  Some of the pipes still in use today were laid in the 1850’s when the New York sewer system was put in place.  With a population of over 8 million people, the aging New York sewer system is in dire need of rehabilitation.  Cracks in pipes, broken joints, and root masses should be addressed before it’s too late and the conventional dig and replace method is the only option for the New York sewer system.